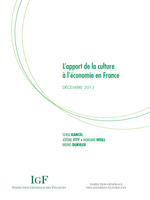 The 2011 Annual Report of the European Banking Authority (EBA) provides an account of the activities and achievements of the Authority in its first year of existence. The EBA was established on 1 January 2011 in response to a call for a more integrated regulatory and supervisory framework in the European Union. The EBA, together with the national supervisory authorities, the other two European Supervisory Authorities (ESAs), EIOPA and ESMA, the Joint Committee and the European Systemic Risk Board (ESRB), is part of the new European System of Financial Supervision (ESFS).

The Regulation establishing the EBA entrusted the Authority with a wide range of tasks in addition to the ones inherited from its predecessor, the Committee of European Banking Supervisors (CEBS), all ultimately aiming at preserving financial stability and ensuring confidence in the financial system as a whole, and providing protection for the customers of financial services.

The EBA started its activity at full speed. As its Chairman pointed in his introductory remarks, the EBA “started out in a pretty rough and difficult market environment with a number of key challenges to be faced immediately. It was not easy to focus on building a new organisation while having at the same time to deal with major challenges to the stability of the banking sector”.

The priorities and the activities of the EBA, set out in its 2011 Work Programme, covered three main areas: Regulation, Risk Analysis and Operations, with the aim to set up the Consumer Protection function of the Authority.

In its regulatory efforts, the EBA focused its work on laying the foundation for the so called European Single Rulebook, a common set of fully harmonised rules that will be binding and directly enforceable in all EU Member States. This is a substantial task, as more than 100 binding technical standards are due to be finalised in the next few years and approximately 40 standards are expected to be issued by 1 January 2013.

Throughout 2011, the EBA prepared the ground for the development of several binding technical standards on key areas such as own funds and liquidity on the basis of the European Commission’s proposals on CRDIV/CRR of July 2011. Besides this preparatory work on the binding standards, the EBA continued the drafting of guidelines covering different aspects of the CRDIII such as internal governance, extensions and changes to the Advanced Measurement Approach (AMA), remuneration data collection exercises, Stressed Value at Risk (Stressed VaR), and Incremental Default and Migration Risk Charge (IRC).

In the Risk Analysis area, the priorities mainly focussed on the challenges raised by the deterioration of the financial market environment in Europe. In addition, the EBA continued its regular monitoring, assessment and analysis of risks and vulnerabilities in the EU banking sector. Furthermore, the EBA stepped up its efforts to promote effective and efficient cooperation between national supervisory authorities in the field of banking supervision, by means of policy work and active participation in colleges of supervisors.

A key component of the Risk Analysis activities in 2011 was the EU-wide stress test exercise which was performed on a sample of 91 banks using a single adverse scenario and consistent methodology. This exercise has proven to be a very strong incentive for the banks involved as they took considerable actions to avoid falling below the benchmark of 5% CT1 and raised some EUR 50 bn in fresh capital in the first four months of 2011 in anticipation of meeting the commonly agreed capital threshold.

Despite its success also in terms of great disclosure and quality assurance, the main objective of restoring confidence in the European banking sector was not achieved, as the sovereign debt crisis extended to more countries. Furthermore, many EU banks, especially in countries under stress, experienced significant funding challenges.

Following the indications of the International Monetary Fund and the European Systemic Risk Board, the EBA proposed measures, as part of a package agreed at European level, to strengthen the banks’ level of capitalisation and to encourage a return to more relaxed conditions on the funding market. A formal Recommendation was then approved, requiring banks to form a capital buffer so as to reach a capitalisation coefficient of 9% in terms of highest quality capital (CT1), by the end of June 2012, after prudent valuation of the banks’ exposure to Member States of the European Union.In Consumer Protection, the EBA focused its work mostly on mortgages and other forms of consumer lending and surveyed concerns in areas such as the role of credit intermediaries, transparency and clarity of pre-contractual information provided to consumers, and creditworthiness assessments.

When the three European Supervisory Authorities were established, a Joint Committee was also created for regular cooperation. The Joint Committee frequently discussed sector and cross-sector risk assessment reports, and possible policy options in the light of market developments. These policy options fell in the areas of supervision of financial conglomerates, accounting and auditing, micro-prudential analysis of cross-sectoral developments, risks and vulnerabilities of the financial system, measures combating money laundering, and consumer protection. In 2011, the first joint risk reports were presented to the European policy-makers.

Finally, strengthening the EBA’s Operations and enhancing its institutional capabilities have played a crucial role in the first year of the Authority. During 2011, the EBA made significant progress in bringing its financial and human resources management, procurement processes, IT infrastructure and communication activities in line with the requirements of relevant EU Regulations and best practices

Foreword by the Chairman

Interview with the Executive Director

1. Introduction to the EBA’s Regulatory Function

3. Enhancing regulatory tools for crisis times
a) Remuneration
b) Bank’s recovery and resolution

I. Declaration of Assurance from the Authorising Officer
II. Budget
III. Glossary and abbreviations
IV Statistics on disclosure requests