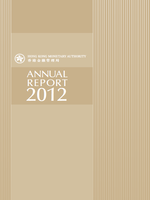 The European Securities and Markets Authority (ESMA) today publishes its Annual Report for 2011.  The report is the authority’s first Annual Report following its creation on 1 January 2011.

The report provides an overview of the first year of ESMA’s operations as an independent European Supervisory Authority, focusing on its tasks and achievements.  In addition it also sets out the Work Programme for 2012.

“I am pleased to present ESMA’s Annual Report for 2011, the organisation’s first year of operations as part of the new European System of Financial Supervision.

“This first year has been an eventful and challenging one, as ESMA has had to take on new responsibilities while also establishing itself as an organisation in its own right.  However, regardless of these demands I believe that we have risen to the challenge laid down by the European Union and our achievements to date are set out in today’s report.

“Chief among these achievements has been the start of direct supervisory responsibility for Credit Rating Agencies which, alongside our rule-making and coordination role, will contribute to the protection of investors and promote stable and well-functioning financial markets.

“Finally, I would like to reiterate that ESMA does not act alone in its role but works in close cooperation with its fellow authorities at EBA, EIOPA and the ESRB and with the national competent authorities of Member States.”

“The last twelve months were dominated by designing and embedding the operational and procedural basis of the new Authority, including implementing new systems and procedures, a move to a new premises and the active recruitment of new staff.

“I am happy to report that the organisational changes have allowed ESMA to maintain a high level of operational effectiveness, throughout the transition period, which now places it in a strong position to deliver against its objectives.

“ESMA can now look forward with confidence to its second year.”

Key areas of focus in the report include ESMA’s work on :

Foreword by the Chair

Foreword by the Executive Director

2. The economic environment: securities markets in 2011

3. ESMA one year on – topics, tasks and achievements

A. The organisation and structure of ESMA
B. 2011 financial statements
C. List of commonly used abbreviations
D. Other disclosure