The Rise of the Cash Machine 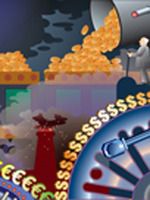 The Rise of the Cash Machine

Brand-name U.S. companies, including IBM, Pfizer, McDonald’s, and Bristol-Myers Squibb, dominated the list of the top global large-cap value creators in 2011, according to recent research conducted by The Boston Consulting Group.

The dominance of U.S. companies on the BCG top-ten list can be explained, in part, by the fact that the U.S. was the only developed economy in which stock markets delivered positive total shareholder returns (TSR) in 2011.  This helped U.S. companies take the lead even as across-the-board declines in European equity markets kept even the best-performing European multinationals from appearing on the top-ten list.

But it is even more important that most of the companies on the list are what the analysis terms cash machines. “These are companies that create value less through increasing revenues than through some combination of improving margins, enhancing asset productivity, and returning a substantial portion of free cash flow to shareholders in the form of dividends or share repurchases,” said coauthor Jeff Kotzen, a senior partner in BCG’s New York office and a core member of the firm’s Corporate Development practice.

“There is considerable evidence that such direct distributions of cash have played a key role in the success of many of the companies on the top-ten list,” added coauthor Frank Plaschke, a partner in BCG’s Munich office. “With the exception of Apple, which pays no dividends, all of the top-ten companies increased their dividends in 2011.”

Since 2003, for instance, IBM has increased its quarterly dividend by 400 percent, and 2011 was the eighth year in a row that the company announced percent increases in the double digits. (All told, IBM has returned more than $109 billion to shareholders in the form of dividends and share repurchases since 2003.)

McDonald’s, which has increased its annual payout to shareholders every year since 1976, had a 2011 dividend yield of 4 percent, according to Thomson Reuters Datastream, well above the S&P 500 average. High yields may also explain the appearance of big pharmaceutical companies on the top-ten list. Pfizer (number seven), for example, had a 2011 dividend yield of 5 percent.

“At a time when the yield on bonds is extremely low and short-term interest rates are near zero, we expect this trend toward higher direct distributions to shareholders to continue,” said coauthor Eric Olsen, a senior advisor to BCG who is based in the firm’s Chicago office.

Key Trends in Value Creation in 2011

BCG analyzed the 2011 shareholder returns of more than 5,000 companies across 40 countries and 37 industry sectors.  Key findings include the following: